The Cholet Handkerchief
The textile industry is iconic within Cholet and its surrounding region. Before the invention of modern manufacturing methods, weaving played a key role in textile manufacturing. The Cholet red handkerchief has been passed down through the centuries to become our local emblem.

Shades of colours
Cholet has a long history of being specialised in weaving. This tradition has marked the history of the town forever.  It began to grow in the 19th century when household linens and handkerchiefs were developing.
Originally made in several different colours, Cholet handkerchiefs became red and white at the beginning of the 19th century. 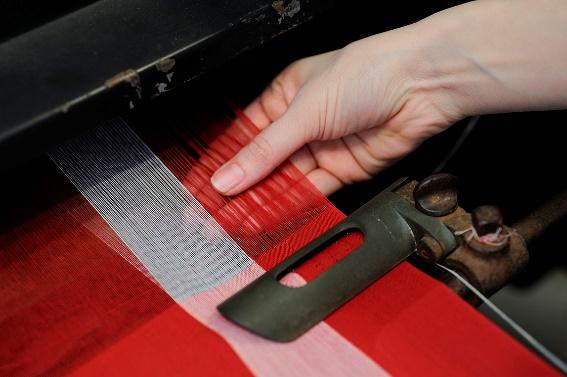 A song, a story, an entire legend
In 1990, Théodore Botrel's song "Le Mouchoir Rouge de Cholet" (The Red Handkerchief of Cholet) made him famous. His song highlighted the period marked by the Vendée Wars.

A genius idea
This song was discovered by the Cholet industrialist Léon Maret, who decided to produce the handkerchief as it was described by the artist. A publicity master stroke of the time, Léon Maret sent some handkerchiefs to Théodore Botrel for him to hand out wherever he went. The idea snowballed, and so the red and white handkerchief was born with Cholet becoming the handkerchief capital.

Find out how the Cholet handkerchief is made at the Textile and Fashion Museum, the working conditions of the weavers and explore the garden that cultivates the plants needed for fibres and dyes.
The famous handkerchief is available to purchase in a range of different format at the Tourist Office shop; in fabric, or even an edible version!

Vendée Wars
In the wake of the French Revolution, Cholet and Western France was thrown into turmoil by a mass uprising.
Look back at this decisive period in Choletais history.

Post-Revolution
Once the revolutionary fervour had died down, disillusionment set in.
The bourgeoisie became richer and gained more power. With names drawn at random, the mass call-up of a Republican army of some 300,000 men was extremely unpopular among the Choletais countryfolk.
1793 marked the outbreak of the Vendée Wars... 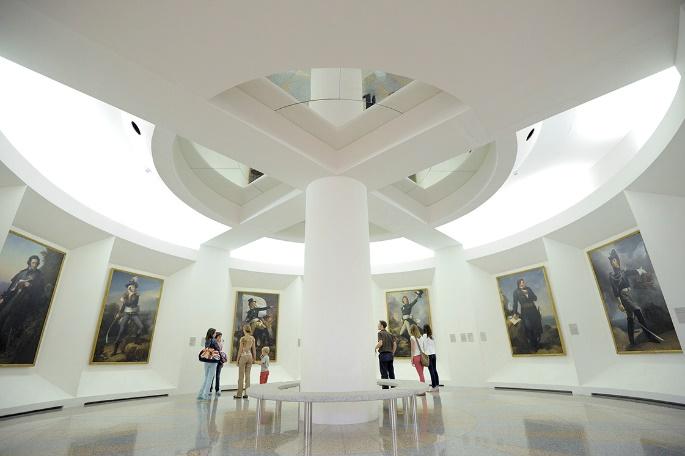 War is declared
To combat the Republicans, the peasants decided to stand up together: this is known as the Vendée Uprising. It extended from the Vendée countryside to the banks of the Loire with Cholet town centre becoming the capital for this Vendée army.
This 'improvised' army was led by soldiers as well as noblemen, with sacristans named as generals. Stofflet, La Rochejacquelein, Cathelineau, Bonchamps, D’Elbée and Charrette were among the heroes during this period.
There was merciless fighting between the Vendée monarchist Whites and the republican Blues. Despite being armed only with pitchforks and scythes, the Vendée army won victory after victory. They destabilised the Republican army which counter-attacked with a devastating wave of murders known as the Colonnes Infernales. This three years of Civil War were to be extremely brutal and destructive for Cholet.

Healing the past
Read more detail about this period in history with a visit to the Art and History Museum, a large part of its collection being dedicated to these Vendée Wars.

Textile traditions in Cholet and the surrounding region
Now a reputed manufacturing hub in the French clothing and footwear industry, Cholet has been a driving force behind this dynamic business sector for generations.
Boosted by many other economic sectors, the textile industry remains an iconic activity in Cholet and the region.

A fertile land
The damp clay soils are conducive to flax and hemp farming and this has contributed to the growth of Cholet’s textile industry.

As the story goes
The textile workers have left an indelible mark on the history of Cholet. Exploring the town’s narrow streets, you can still see some of the characteristic houses of their era.
To better understand their lives and working conditions, and the stages of production, visit the Textile and Fashion Museum.  It occupies an old laundry house where it unveils the secrets of centuries of tradition.

The handkerchief, a symbol
Originally made in several different colours, Cholet handkerchiefs became red and white at the beginning of the 19th century and have stayed that way ever since. When singer Théodore Botrel sang “Le Mouchoir Rouge de Cholet” (the red handkerchief of Cholet), he lifted it to the status of local emblem.
In fact, Cholet became known as the “handkerchief capital”. A history full of highlights to discover without delay.

Footwear, a new catalyst
Following the decline of the rural weaving factories, the slipper industry started to develop, followed by the footwear sector. Some manufacturers are still operating in the Mauges area.
The Footwear Trades Museum displays over 1,000 pairs of shoes and explains how they are made, from the shoemakers’ and clogmakers’ workshops to the industrial factories.
The famous red and white Cholet handkerchief is on sale in all its forms - including an edible version - at the Tourist Office boutique... you simply must take a look!
You can also buy tickets at reduced rates for admission to the Footwear Trades Museum and other sites.

For fashion lovers and keen window shoppers, there’s plenty to ensure you unwind and enjoy all the pleasures of strolling around Cholet.
Tweet
Accessibility :
JOIN US !